Recently, I went to the A.R.T/New York Curtain Call event at the Laura Pels Theatre to help celebrate the generosity of our Local Heroes who donate time/money/materials to non-profit theatre companies. The keynote speaker was playwright Theresa Rebeck, author of 16 full-length plays and 23 one acts (among them Our House, Mauritius, The Understudy, The Scene, Bad Dates, The Family of Mann, The Water’s Edge, The Butterfly Collection), the recipient of several awards, and finalist for the Pulitzer Prize with Omnium Gatherum…not a shabby Resume! But she had some surprising and intersting things to say about the state of American Theatre today…

Here are some quotable-quotes from her occassionally touching, and often pointed “why-i-oughta” speech (with a link to the complete version following):

“I don’t want to hear from anybody that there isn’t, or hasn’t been, a real gender problem in the American theater.  I really did think about what I might talk to you about today and I had no choice, honestly, I felt like my whole career as a playwright has been so hyperdefined by my gender—sometimes I feel like it is strangely blinding, even—and it’s time for all of us to look at this, and talk about it, without going “oh there’s not really a problem” because there IS a problem—and then start talking about what we, as a community, are going to do to solve it.”

“And this is the situation:  Plays written by women are not being produced.  In 2007, the one year I opened a play on Broadway, I was the only woman playwright who did so.  That year, nationwide, 12 per cent of the new plays produced all over the country were by women. That means 88 percent of the new plays produced were written by men. (Back in 1918 before women had the right to vote, the percentage of new plays in New York, written by women, was higher.  It was higher before we had the vote.)” 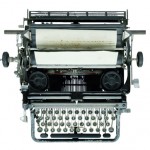 “…sixty-six percent of the best plays by women—the plays that SHOULD be rising to the top, the plays that in a fair world would move into the culture as the stories we are telling ourselves—sixty six percent of women’s stories are being lost.  Every year.”

“I never had an agenda.  I just wanted to write plays that told the truth.  Some of those plays told the truth about what it is like to live on this planet, as a woman.  Why would that be off the table? Why would that story be something that they only do in fiction, or on cable tv?  Why can’t we do that in the theater?  I just don’t think that we want to align ourselves with the backward-looking institutions of culture.  We want to see ourselves, I think, as a relevant and intellectually rigorous and culturally progressive community.  It’s past time to acknowledge the fact that that means welcoming the voices of women into the cultural discussion.”

“We need to stop discussing why the numbers are so bad, and stop asking where are the women playwrights, and we need to start recognizing them where they are—which is right in front of us–and hold them up and celebrate their voices, and produce their plays.”

“Which brings us finally to another couple of statistics which I think are worth noting:  Women buy more tickets.  They buy 55 percent of movie tickets and anywhere from sixty to SIXTY FIVE percent of theater tickets. So opening our stages and our hearts and our minds to women playwrights is not only cool and relevant and interesting and just—it is also a sound business model.”